It has been called several names over the years; force on force, scenario based, red (handle) gun … it doesn’t matter what the title is; the goal has always been the same…to prepare students of combative weapon craft for armed conflict. I believe in being verbally/visually descriptive in the hopes of when I say something a student can get a picture in their mind as to what I am talking about. The instructor that can do this has a big advantage when trying to build skill sets, thus I prefer to call it interactive training. 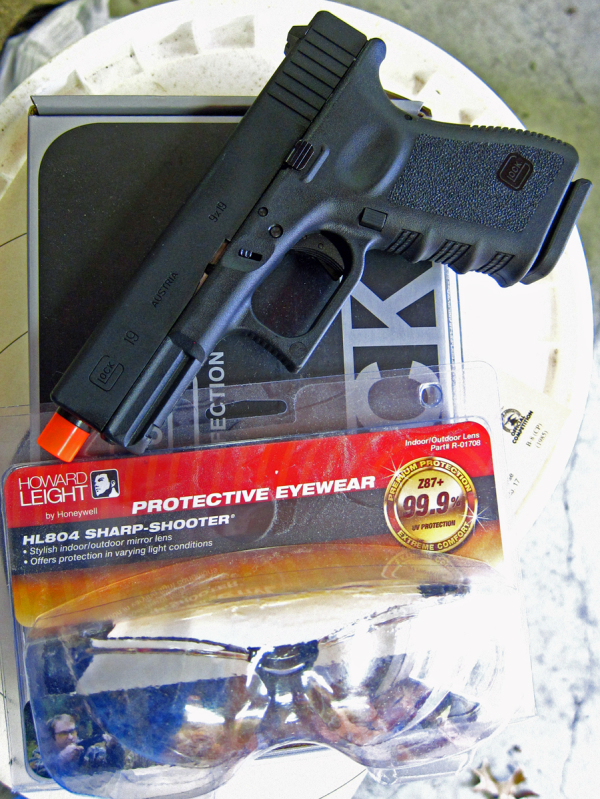 The reason is obvious; the instructor is having the students interact with one another at full life saving speed while shooting projectiles that offer immediate feedback for failure – the projectile impacts hurt. I have seen interactive programs with students so padded against injury the lesson of failure is completely lost. There is no reason to hurt people in training, you say? Sure, I agree when it’s the potential for serious injury, but the sting of an Airsoft pellet strike does nothing more than say “you screwed up.” A sting in training is much preferred over a gunshot wound in the street.

With ammo shortages being the norm, many police agencies and private training companies are relying more and more on interactive training which is fine…in the short term. Trying to totally replace live fire training with Airsoft or Simunitions guns is a non-starter as these guns do not replicate live fire muzzle blast and recoil. I have long believed a complete combative firearms training program must include three components:

1. Foundational skill: I prefer to call them essentials as you must have all of these skills if you want to prevail in armed conflict. You might have heard them as grip, stance, trigger control, sight alignment, manipulations, etc. but in reality, essentials skills are anything that keeps the gun running in a fight. Trigger control is more important than malfunction clearances, you say? Maybe, until you need to clear a malfunction while bullets are in-bound, then it becomes something you must be skilled at.

2. Combative Aspects: Those skills that take the gun from a sporting or plinking instrument and turn it into a tool for combat. A few examples would be one hand shooting and manipulation, use of cover, movement with purpose, close quarter shooting, grounded shooting, etc. It is highly recommended to mix open hand skills with firearms for total combative preparation. No open hand skills? Then you have screwed up and should correct this… if physically possible… I realize some folks out there are not physically capable of undertaking such training.

3. Interactive Aspects: Live human beings interacting with one another, shooting a projectile that offers a “penalty” for getting hit.

Not every level of this “program pyramid” needs to be covered in each training session, but a proper program should cover all of these at some point. Most of the private firearms training institutions, including my own, incorporate these levels as training advances, which is a solid goal when attempting to achieve the level of a complete combative shooter. 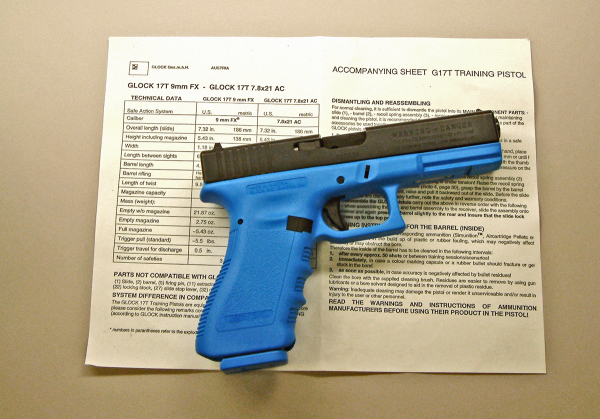 I can’t help but chuckle every time I ask a student what the goal of interactive training is, I will usually get something like, “It’s the closest thing to a real gunfight possible with safety” (think about this statement...gunfight and safety …) or “It puts a student in a gunfight environment.” Well, at the risk of popping a few of your gunfight fantasies, no it’s not! Those who have been shot or shot at can tell you definitively interactive training is nothing like someone really trying to kill you, as there is no expectation of injury or death. While training accidents have happened, every student involved in this type of training knows that when it is over, they will get in their cars and go home. They might have a few bruises, but they will be just as healthy as when they arrived. In addition, this knowledge leads students to attempt things they would not if the stakes for failure were fatal. No, it’s not the same, but it is still vital.

The way I see it, the true preparation advantages of well- executed interactive training are:

1. Interactive training is “full speed” interaction and requires the students to make fast but accurate crisis decisions one after another building confidence along the way. You quickly learn there is limited observation, orientation, decision, action…it is more SEE-DO! The needed skills must already be there.

2. It proves to the student that the skills -- tactics, techniques and procedures learned at the essential and combative levels -- will indeed work in rapidly evolving conflict. Again, this builds confidence. Those who study armed conflict have known for centuries the single biggest factor in overcoming fear in conflict is having confidence your skills will work when needed. Consider this: a person who has confidence their skills will work and know they can make fast decisions will be a formidable opponent. Such a person will feel fear, but they will be better prepared to control it. This is what will enable them to prevail. 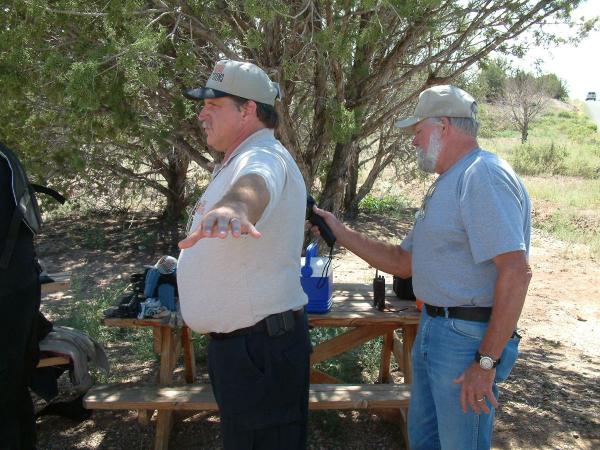 Note that I said well-executed interactive training as I have seen many such training sessions deteriorate into people chasing each other around shooting other students in the butt. The so-called instructors in these situations seem to be much more interested in having a good time than training their students. The difference between training and entertaining is often times a very fine line. Interactive training must be well scripted with role players who will stay disciplined so the student achieves the desired lesson plan…they must be good training partners. Part of this plan should be the decisions they face/make, tactics/techniques needed to be experienced and anchored and the ability of the student to adapt to the situation they face. While the scenario should be tightly held together the student should be permitted to create innovative outcomes that are tactically sound.

Safety should be the primary concern of everyone involved when undertaking interactive training. In a nutshell, the training area should be a bubble in which nothing enters or leaves without complete knowledge of the primary instructor and other safety personnel. Absolutely NO REAL WEAPONS OR AMMUNITION WILL ENTER THE TRAINING AREA

Once the training area is secure, and then proper gear needs to be addressed. While Simunitions is undoubtedly the most realistic interactive tool, many students and agencies are making use of the lower cost Airsoft technology. Airsoft has come a long way in recent years, becoming a legitimate training tool and no longer toys. Most of the major firearms manufacturers now license Airsoft long guns and handguns that mimic their real weapons in both look and feel. This allows the student to use the Airsoft gun in the same holster they would use on the street, making training all the more realistic.

If you are serious about your personal security and want to truly enhance your combative skills, maybe the next gun you should buy does not fire bullets…a small plastic pellet can go a long way towards saving your life.

Dave Spaulding is a professional firearms instructor with 36 years' experience in Law Enforcement and Federal Security. The recipient of the 2010 Law Enforcement Trainer of the Year Award from the International Law Enforcement Training and Educators Association (ILEETA), Dave has worked in all facets of law enforcement including communications, corrections, court security, patrol, evidence collection, training and investigations. He was a founding member of his agency’s SWAT Team and acted as its training officer for 8 years. He spent a year in an undercover capacity and was the commander of a multi-jurisdictional narcotics task force, has been an adjunct instructor at the former Heckler & Koch International Training Division and the Tactical Defense Institute. In addition to his many published articles (over 1,400), Dave is the author of two acclaimed books, Defensive Living and Handgun Combatives. He operated his own training company with focus on “the combative application of the handgun” www.handguncombatives.com .